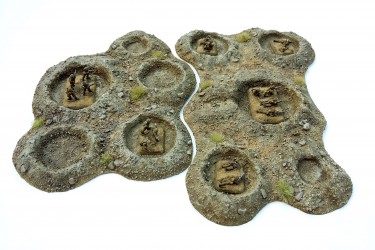 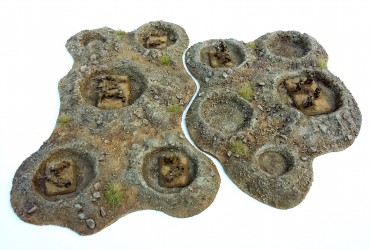 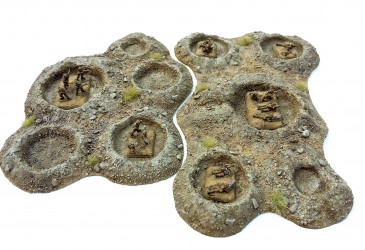 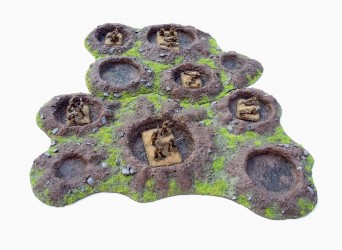 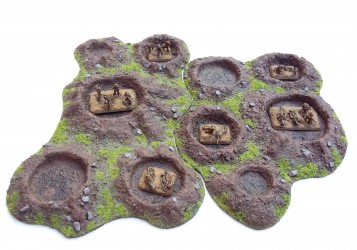 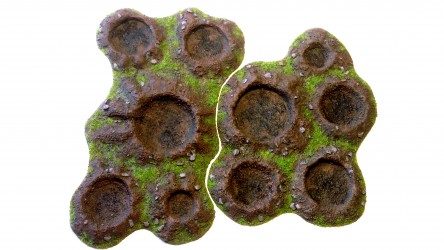 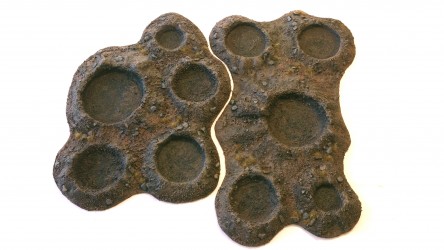 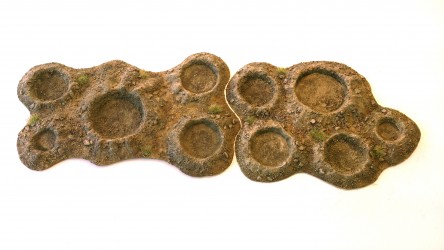 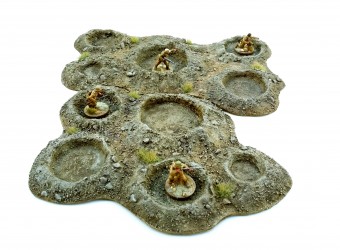 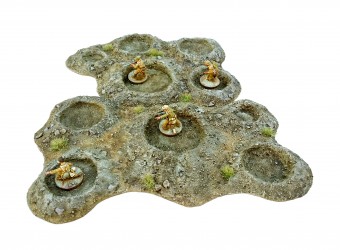 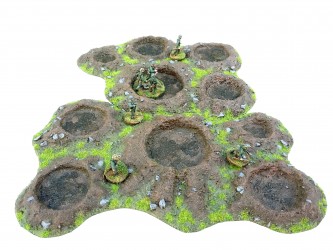 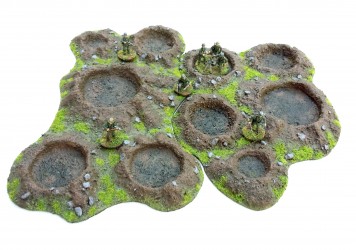 Two large areas of cratered landscapes which can be used together in three variations of layout or separately as stand alone pieces, also suitable as bombardment markers. Could be combined with my scatter craters of various sizes to give a heavily cratered battlefield.

Fully cast in resin, these have been designed to be non specific in scale and are suitable for 15mm – 28mm figures. Possibly even 10mm figures. After all, the smaller the scale of the figures, the larger the craters become.

Available in raw resin or fully painted in either temperate, mud or arid versions.

The pictures show examples painted in all three styles and with 15mm, 20mm and 28mm figures.