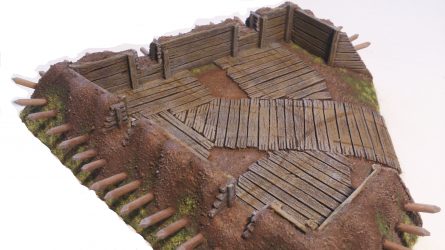 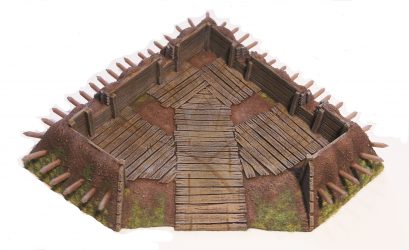 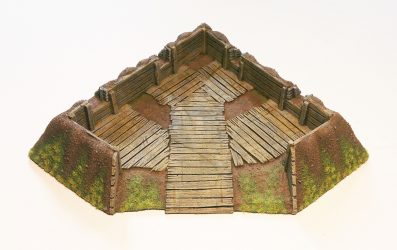 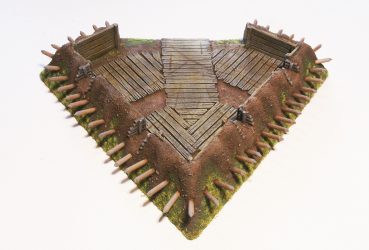 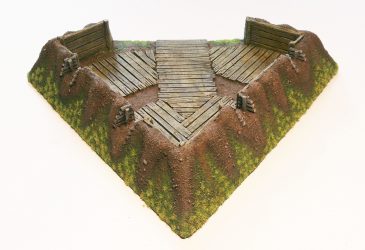 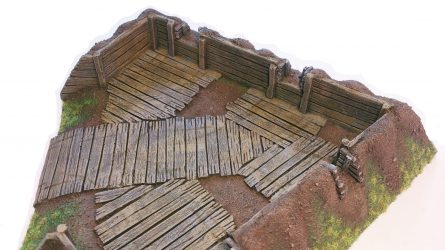 Suitable from around 1600 – 1860 for most European and north American conflicts.

This has a raised interior with access from the sloped ramp. The model depicts a ‘field’ gun bastion with earthen banked walls and four gun ports.

This is a solid resin cast weighing apx 650 grams, if handled well it should last for years.

I can also add an additional defence to these if required – Storm Poles (as shown in one of the pictures). These were used to break up and disorder any attack. The attackers would be exposed whilst negotiating or destroying the poles. I make these from hardwood (walnut) dowel and are drilled into the side of the casting. They will not break easily and add that extra menacing look to the model.

The fully painted & flocked version of this model is also stocked by Warlord Games.