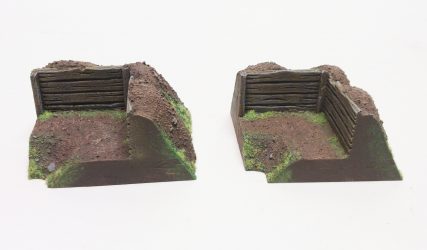 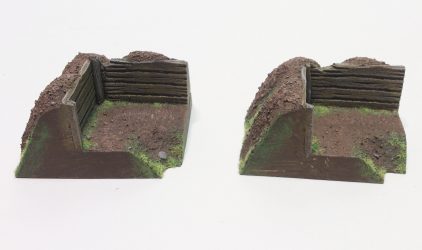 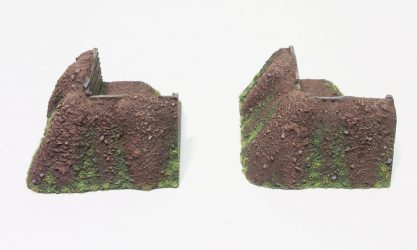 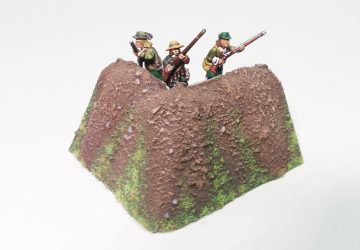 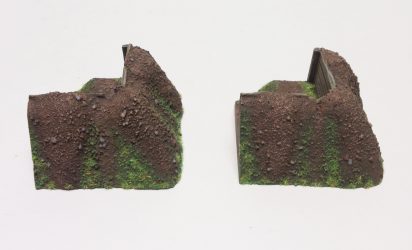 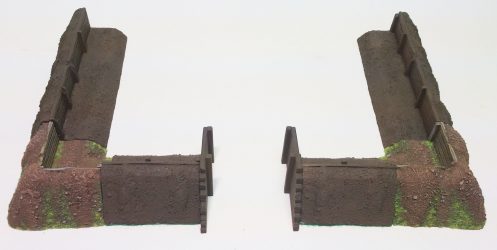 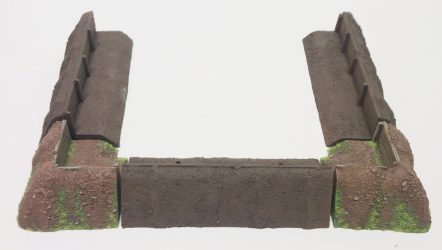 Cast in solid resin, with two different pieces in the pack. Each measures apx 3″ wide and long.

Add more versatility to your defences by using these – along with straight Courtine sections, to create infantry bastions and fortified camps etc.

Suitable from around 1550 – 1870 covering most European and North American conflicts.

These Courtine (raised embankment with palisade) earthworks were used as linear defensive positions, fortified camps and also form the links between Gun Bastions in a Star Fort.

Both pieces supplied in raw resin or fully painted and flocked.

The pictures show painted and flocked examples of both pieces.