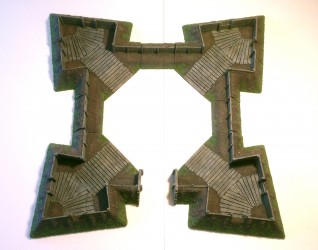 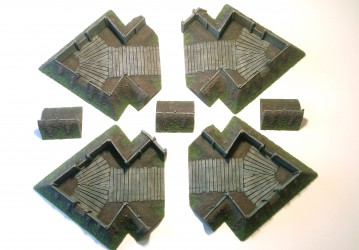 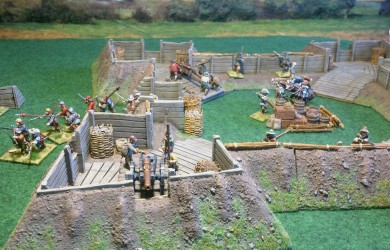 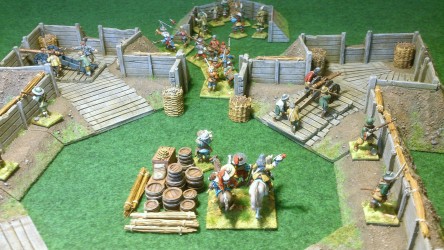 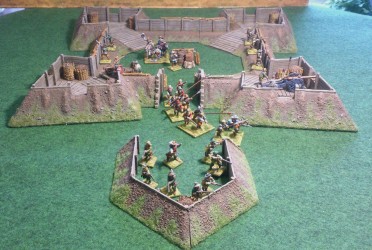 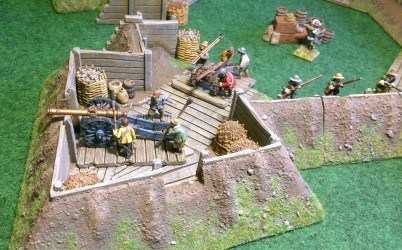 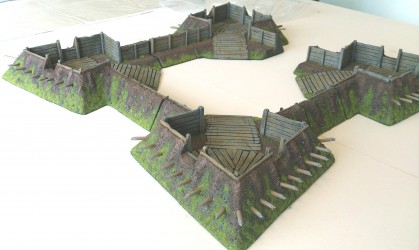 Based on the Queens Sconce at Newark, this four sided Star Fort is fully cast in resin and supplied in nine parts – four bastions, three lengths of 3″ courtine and two gateway sides.

Suitable for most European or North American conflicts between 1590 and 1800.

I would recommend the gateway side pieces are attached to each bastion with magnets, blu-tak or similar – allowing you to increase the overall size of the Star Fort with additional courtine lengths. One of the pictures shows one side of a Star Fort with a 6″ courtine section.

The gateway entrance was often protected by a Ravelin, forcing the enemy to expose its flank during any attack.

I can also add Storm Poles to the four bastions if required.

Available in raw resin or fully painted and flocked as shown.

*Special Offer* Due to its size and weight I am offering FREE postage within the UK and discounted postage for ROW – please contact me for more details.

Does not include the gabions, fascines, figures, barrels or Ravelin used in the diorama pictures.