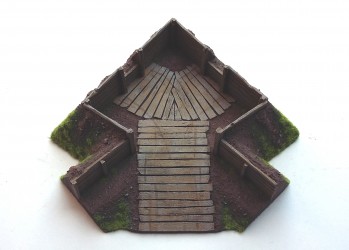 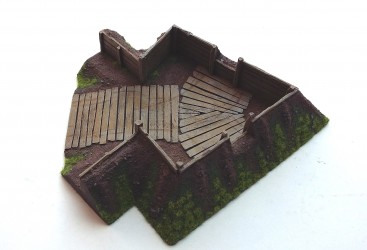 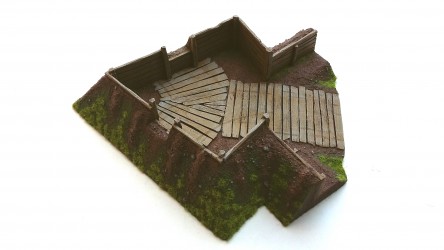 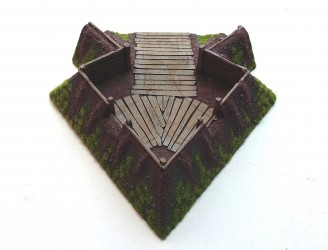 Fully cast in resin this (linked) gun Bastion is suitable for 28mm or 1/56 scale figures and is the version that is featured in the Star Fort. This is not a stand alone piece – that would be the Large Gun bastion listed separately.

The gun platform is raised and accessible via the sloped planking. The palisade is taller than a scaled man as they were built to protect the gunners without need for them to crouch. There is room for two canons to be mounted in position.

Now available individually as they can be used with either Breastwork Set via the Gun Bastion to Breastworks adapter pieces, giving you even more defensive options on the tabletop.

Available in raw resin or fully painted & flocked as shown in the pictures.