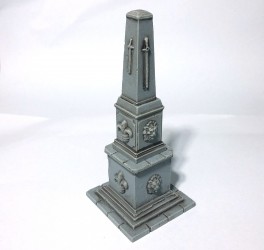 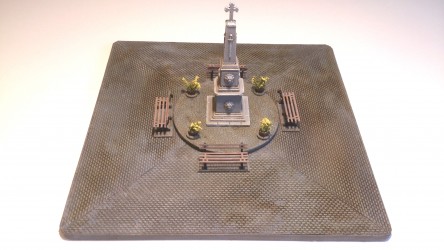 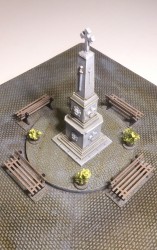 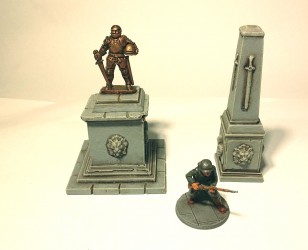 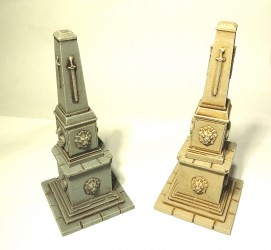 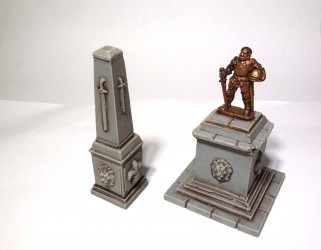 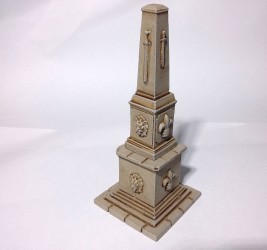 This is a two piece resin model  – the upper monument section and lower plinth piece. This makes it much more flexible as it can be configured as one large piece or can be used separately.

The relief’s are on all four sides and the model could be converted to have a religious or other symbol on the top. In a couple of the pictures I have shown a converted example with a Renedra plastic cross added.

It would be suitable from apx the fourteenth century up until the present day – A monument to a famous victory in battle or a memoriam to the fallen. No village or town in the UK or Europe would be without one, often in the main square. These could also be used in cemeteries or graveyards.

The statue is from my own collection and NOT included but shows the dual use of this model.