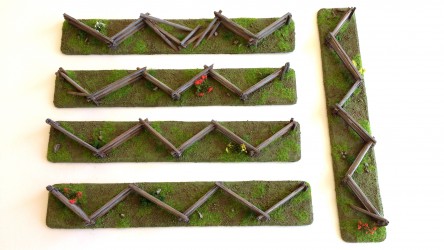 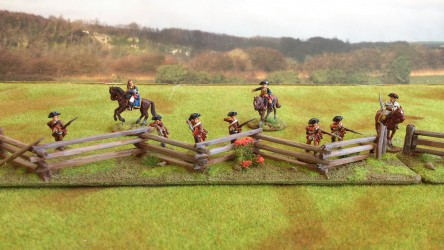 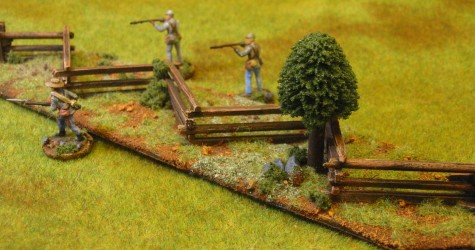 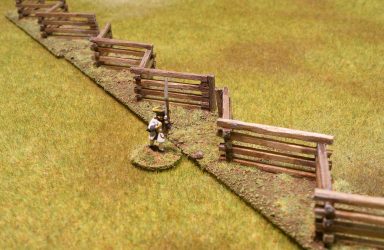 As seen throughout North America where iron was scarce for the manufacture of nails.

A type of fence constructed out of timber logs, usually split length ways into rails and typically used for agricultural or decorative fencing. Such fences require much more timber than other types of fences, and so are generally only common in areas where wood is abundant. However, they are very simple in their construction, and can be assembled with few tools even on hard or rocky ground. They also can be built without using any nails or other hardware; such hardware was often scarce in frontier areas. They are particularly popular in very rocky areas where post hole digging is almost impossible. They can even be partially or wholly disassembled if the fence needs to be moved or the wood becomes more useful for other purposes.

we can build these in any length but our recommendation would be for no shorter sections to help prevent warping of the baseboard.

The base width depends on the scale of the figures:

We charge by the linear inch only so for example a twelve inch long section for 28mm figures would be £26.40

Only hardwoods are used in construction (walnut and mahogany) – no balsa! – so are very strong and durable.